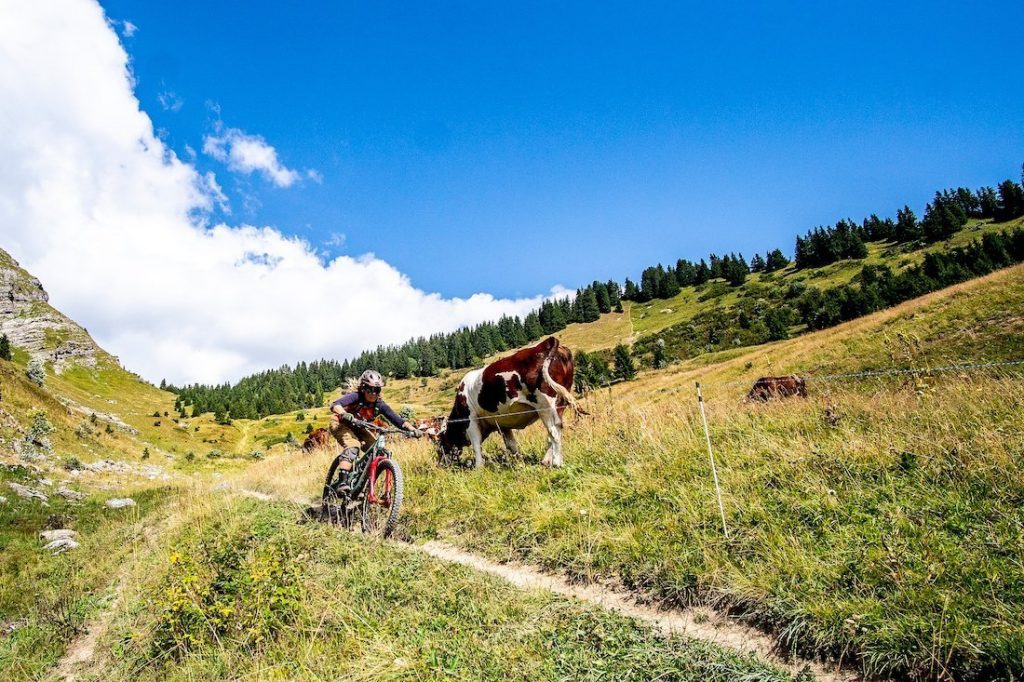 It’s fair to say Morzine’s Pleney Lift Company have not been idle during confinement. With an intended summer opening date of 27th June and an anticipated closing date of 20th September, here’s what you can expect if you’re planning to ride your bike or enjoy our local trails on foot in Morzine this summer.

You’re strongly advised to purchase or recharge your summer lift pass online at www.vtt-morzine.com rather than to visit the lift pass office.

In the Pleney lift pass office, the number of desks open for lift pass sales have doubled from the usual four during the summer season, to eight. This is to minimise queuing times and to further establish good barrier gestures, there’ll be markings on the floor to ensure the recommended social distances are adhered to. Hydroalcoholic gel will be available upon entry and exit.

The cash desks will be disinfected several times each day, as will the self-service machines. At all times, debit or credit card is preferred as a payment method.

Pedestrians using the Pleney lift must wear a mask at all times whilst in the lift. If you don’t have one, you can collect a mask free of charge from the desks in the lift pass office. The number of people per gondola on the Pleney will be restricted to four people. On the chairlifts, every other seat will be removed from service.

On the Nyon gondola, cabin occupancy will be just 25% and there’ll be ground markings in accordance with social distancing regulations.

Each cabin on the Pleney and Nyon will be disinfected after each climb.

Families and groups holidaying together will be able to ride on the lifts together. Other users will be asked to travel individually to adhere to social distancing guidelines.

Ask and you shall receive. Two new trails have been introduced on Pleney this summer. The first is the red run previously developed for the French MTB Championships back in 2018. It begins at the top of Pleney, its 3km long and descends 500m, right back into the centre of the resort. Weekly events are planned on this new trail for the future.

The second new trail is a blue running of the previously constructed route between Les Gets and Morzine, which was introduced in 2019. This blue is a 700m extension with a 40m descent and it means you can avoid the roads, landing back in the centre of the village.

A brand new beginners zone has also been created at the top of Pleney. Measuring 3800m2 and located at the top of the mountain, this new initiation area includes obstacles and modules to practice jumps, pivots and bends.

The lifts on Nyon will open on 11th July until 30th August and are perfect for a quiet hike up to 2,019 metres with exceptional views of our whole valley. Nyon is dedicated to walkers and hikers during the summer season.