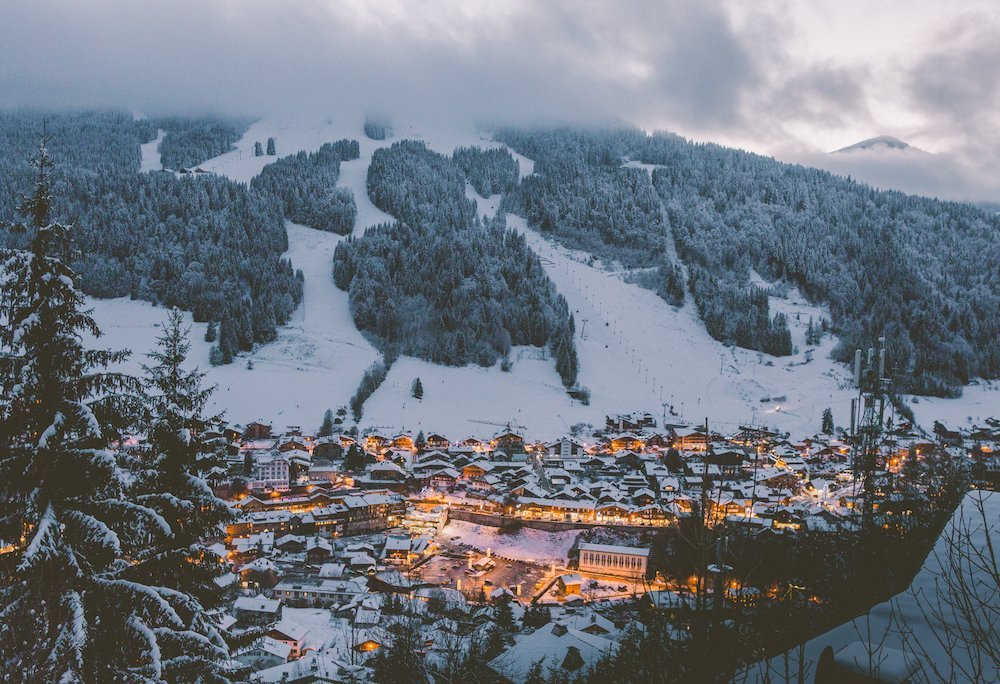 Our Morzine Resort Guide is here to help you make the most of your time in the resort we’re lucky enough to call home.

Updated ahead of the Winter 21/22 season.

While skiers and snowboarders have been heading to the super high or ultra luxurious ski resorts of Europe for many years, Morzine has been quietly minding its own business, basking in great snow falls and retaining its traditional Savoyarde village charm and character. In recent years the resort has come to the attention of holiday makers looking for a more authentic, more reasonably priced holiday experience and Morzine certainly ticks all the boxes. And then some. The result? A bustling French ski resort with character and loads of great facilities, located just 75km from Geneva airport and set in the heart of the super snowy Portes du Soleil ski area.

The ski lifts of Morzine open for the Winter 22 season on 18th December 2021 and are scheduled to close on 10th April 2022, subject to snow conditions.

Building a Sustainable Empire – Morzine’s growing, but how will it cope?

Where to stay in Morzine – New accommodation options for families, groups and couples

The Weather in Morzine Right Now

Winter sports fans visiting Morzine have three lift pass options. The local area Morzine & Les Gets pass covers the ski runs on the Pleney, over into Les Gets, Mont Chery, Nyon and Chamossiere. In our option, this area is big enough for beginner skiers, families and those wishing to pootle around during a relaxing ski holiday.

Your second option is an Avoriaz lift pass. Avoriaz is accessed from Morzine using the Super Morzine cable car in the village centre or using the free ski bus network to Prodains, around 10 minutes away. Avoriaz has its own lift pass, which can only be bought in up to two day stints. If you like your high altitude skiing, you’re visiting the area for the weekend or you’d like to mix and match between the Morzine / Les Gets ski area and Avoriaz, then this pass can be useful.

But without a doubt, intermediate skiers and snowboarders on their one week annual snow blast, should be in the queue for the full area, Portes du Soleil lift pass. Covering 650km of piste, 12 separate ski resorts and two differing countries, lift passes don’t come much bigger or better. When you compare the price of a Portes du Soleil lift pass against other large ski resorts by skiable kilometre, it’s pretty much always the best in terms of value for money.

There are four lift pass offices within the Morzine ski area. It’s usually easiest to ask your accommodation provider to collect the lift passes for your group in advance if they can, so you can avoid the queues and head straight for the lifts on the first morning of your holiday.

Morzine Pleney – Located in the centre of Morzine at the bottom of the Pleney homerun, next to Hotel Le Tremplin. Open every day between 8.30am and 5pm

Morzine Office de Tourisme – Again in the centre of Morzine, there’s an outside kiosk where you can buy your Morzine and Portes du Soleil lift passes. Open every day between 8.30am and 4.45pm

Super Morzine – Found at the bottom of the Super Morzine bubble lift which heads towards Avoriaz. Open every day between 8.30am and 4.30pm

Nyon – At the bottom of the Nyon gondola lift you’ll find a lift pass office. Open every day between 8.30am and 4.30pm

Morzine village centre is easy to navigate on foot. Spreading from the ‘old town’ which begins outside the town hall and ancient church, the Rue du Bourg is Morzine’s main commercial street. Here you’ll find shops, bars and cafes as well as estate agents and the famous Bar Robinson. The Rue du Bourg extends into the newer, more commercial centre of Morzine with the Office de Tourisme at its heart. Several restaurants, more bars and ski shops surround the Office de Tourisme square, and this is also where you’ll find the ice rink. From here it’s easy to navigate your way to the Pleney lift station.

If you’re driving into Morzine, there’s a one-way system in operation. It’s worth planning your route before you head out!

Morzine lies at the very heart of the Portes du Soleil ski area, with 650km of piste on its doorstep. With Morzine as your base, it’s often hard to explore all that the Portes du Soleil has to offer in just one week. Leaving the resort in the direction of the Pleney, a full day can be spent in the Nyon sector, exploring the super-high Chamossiere area. The tree-lined runs and bowls of Les Gets are also likely to consume a full day during your trip. On the opposite side of the valley, the Super Morzine lift offers speedy access to Avoriaz and the wider Portes du Soleil.

It’s often described as the largest ski area in the world, with 650km of piste spreading over two different countries. There are 330 ski runs in the Portes du Soleil, comprised of 37 green pistes, 123 blue, 110 red and 30 black. It’s the ski area that truly offers something for everyone.

Morzine sits at an altitude of 1000m and that’s a good thing. Our resort might be lower at it’s base station than some of France’s other ski resorts, but there’s a scientifically recognised weather system at play above our mountains. Our location, half way between Mont Blanc and Lake Geneva means we regularly get huge dumps of powder, followed by brilliantly sunny days.

The free ski bus is a reliable and efficient way to get around Morzine and the outlying villages. On the whole, the service is well managed, though you will find a lunch time sized gap in the schedule between 12noon and 2.30pm on most days. During busy weeks the buses can also get very busy and you’ll find yourself squashed in, skis, boots, helmets and all.

Traveling around Morzine by bus is often quicker and easier than trying to park a car at the bottom of one of the local lift stations, although there is free parking available at Ardent and paid-for parking in Les Prodains. Taking the bus also means you can enjoy a few apres tipples too.