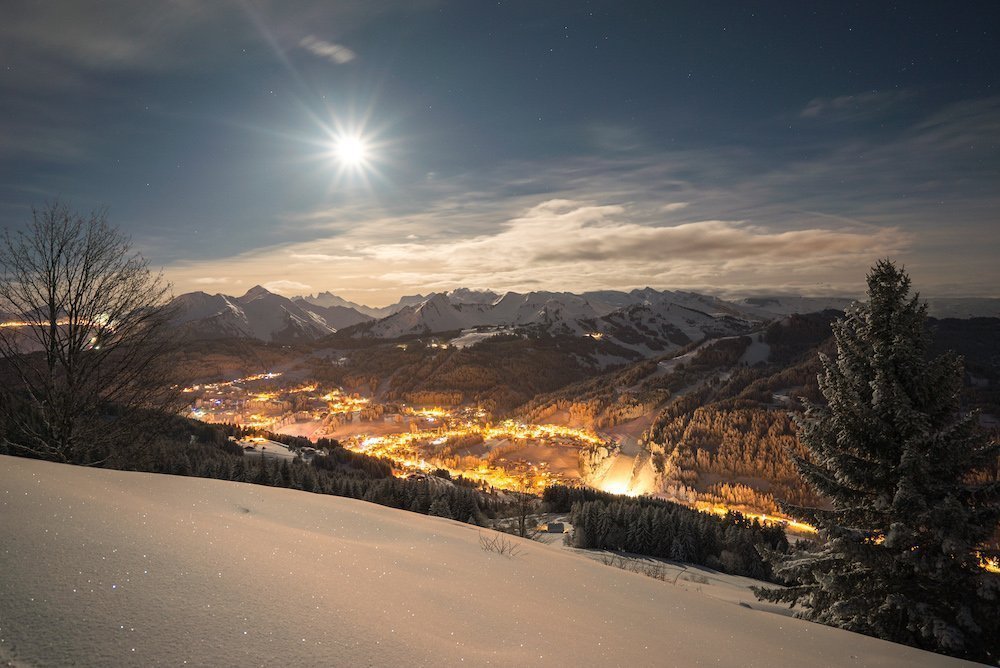 The charming, family orientated ski resort of Les Gets draws comparisons with the likes of Megeve, but we find it way less pretentious and much more reasonably priced.

Just as in the neighboring resort of Morzine, Les Gets started life as a rural farming village that made the most of its location. It’s a popular ski resort with French holiday makers, and the village centre has retained this authentic Savoyarde feel. Accessibility is easy too. Les Gets is just 70km from Geneva airport, a journey which is usually very easy to complete by road, while the links into the super sized ski area of the Portes du Soleil are pretty straight forward too.

Les Gets by Numbers

The season is scheduled to begin in Les Gets on Saturday 17th December 2022.
Subject to snow conditions, the season will end on Monday 10th April 2023.

Your Latest Les Gets News

What’s on this winter in Les Gets, Morzine and Avoriaz – Our ultimate guide to the Winter 20 season

On the mountain – New pistes, trails and snow coverage for Les Gets in Winter 20

Les Gets host the MTB World Champs and World Cup Races – the next three summers are set to be huge in Les Gets!

The Weather in Les Gets Right Now

The Les Gets Lift Pass

Three different lift pass options are available to skiers and snowboarders in Les Gets. The local area Les Gets – Morzine pass covers the ski runs on the Chavannes, Ranfolly Bowl, Mont Chery, Nyon and Chamossiere, and over the Pleney and into Morzine. Beginner skiers and those wishing to pootle around during a relaxing ski holiday will probably find that the local area pass is sufficient.

There’s also an Avoriaz pass. Avoriaz is accessed from Morzine using the Super Morzine cable car or using the free ski bus network. The resort has its own lift pass, which can only be bought in up to two day stints. If you like your high altitude skiing, you’re visiting the area for the weekend or you’d like to mix and match between the Les Gets / Morzine ski area and Avoriaz, then this pass can be useful.

But without a doubt, intermediate skiers and snowboarders on their one week annual snow blast, should be in the queue for the full area, Portes du Soleil lift pass. Covering kilometre after kilometre of piste, 12 separate ski resorts and two differing countries, lift passes don’t come much bigger or better. When you compare the price of a Portes du Soleil lift pass (which we’ve done several times) against other large ski resorts, it’s pretty much always the best in terms of value for money.

There are three lift pass offices in Les Gets ski resort. It’s usually easiest to ask your accommodation provider to collect the lift passes for your group in advance if they can, so you can avoid the queues and head straight for the lifts on the first morning of your holiday.

Perrieres Lift Station – As you arrive in Les Gets on the right hand side with a large free car park to go with it! Open every day between 8.30am and 4.30pm

Office de Tourisme – In the centre of  Les Gets there’s an outside kiosk where you can buy your Morzine-Les Gets and Portes du Soleil lift passes. Open every day between 8.30am and 4.45pm

La Chavannes – A large, new lift pass office with loads of counters at the base of the resort’s main lift station. Open every day between 8.30am and 5pm

The beautiful village of Les Gets is arranged around two main streets. The Front de Neige faces the home run of Les Chavannes and includes the lift pass office and base station. Along this road you’ll find shops, bars and restaurants as well as the bus top. The second main street is lined with boutiques, a couple of supermarkets and more bars and restaurants. Parking in Les Gets is always a little tricky, we’d always recommend parking on the outskirts of the village and walking in.

Les Gets connects to the neighbouring ski resort of Morzine, and the two resorts share a lift pass and a piste map. The links between the two resorts are relatively mellow, so progressing skiers should find them a doddle. The Ranfolly Bowl offers slightly more challenging terrain, with no fewer than 15 different runs descending into a sunny bowl served by five relatively quick and efficient chair lifts of different sizes. For extra thrills and spills, or on a powder day, head out early in the direction of Nyon and Chamossiere for long, steep, leg burning runs on wide open pistes that rarely get too busy. Les Gets has one other very special ski area that it would be remiss of us to neglect! The stand alone mountain of Mont Chery stands tall, proud and covered in snow on the opposite side of the Les Gets valley. It’s covered on your lift pass (you can also buy single day passes for Mont Chery too) and it ascends to 1826m. You’ll discover red and black runs, a pretty well advanced snowpark and, on a clear day, stunning views over towards Mont Blanc.

It’s often described as the largest ski area in the world, with 600km of piste spreading over two different countries. There are 330 ski runs in the Portes du Soleil, comprised of 37 green pistes, 123 blue, 110 red and 30 black. It’s the ski area that truly offers something for everyone.

Located at an altitude of 1172m, Les Gets is marginally higher than its neighbour Morzine and this is reflected in its historical snow record.

The free ski bus in Les Gets is a regular and very reliable way to get around town and there’s a bus on all routes at least every 30 minutes. The first bus on the Les Gets bus route begins at 7.50am and the last bus is at 7pm, making an apres session in Les Gets’ bars totally doable using public transport.

Les Gets also benefits from several ‘petit trains’, which loop the resort and connect the bottom of the Chavannes with the lift station at the bottom of Mont Chery.

Download your Les Gets bus time table here. As soon as the Winter 19/20 version is available we’ll update this link.