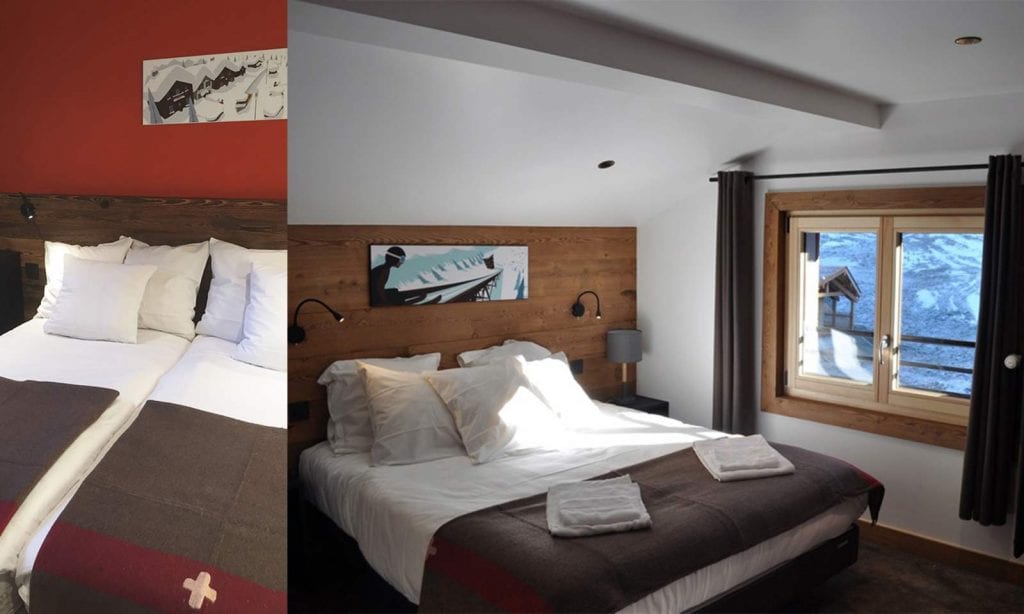 Les Gets has a pretty unique reputation for being a ski-in / ski-out resort in a traditional French village setting, and no area of Les Gets is more traditional and picture-perfect than the piste-side Turche area. This is the home of Hotel La Grande Lanière, which is set to open its doors again this winter after an extensive renovation, providing guests and après skiers with a cosy, welcoming atmosphere at the foot of the slopes. 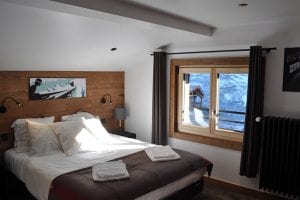 Nestled in between the pistes at the end of Route de la Turche, La Grand Lanière is set to be one of Les Gets’ most picturesque and welcoming spots for après, lunches on the hill and weeks away in the snow. Christelle Combépine and her partner bought the hotel in 2015 and have been renovating it ever since. A big job, as the building was showing its age when they acquired it, the restaurant, reception and twenty-one rooms have been fully renovated in a contemporary Alpine style, which includes a few larger rooms for families. What’s more, the whole hotel will be decorated with artwork by Charlie Adam, whose laid-back, vintage-style ski, surf and tiki-themed designs are instantly recognisable, and a firm fixture in mountain interiors. You can check out his work here and he also has shops in Chamonix and Annecy.

Christelle being featured in a London exhibition

Another fun fact we discovered when talking to Christelle is that her family actually owns and runs the Teleski de la Turche. Built in 1946, it’s been owned by her family for three generations, first operated by her grandfather, her father and now her. Christelle left her job in 2008 to join her father operating the lift, which is one of the few privately-owned ski lifts left in France. Plus, it sits right behind the hotel and takes you right to the centre of Les Gets’ ski action. If you’re visiting this winter be sure to stop by and say hello to Christelle. She’s a busy women, what with running a hotel and a drag lift, but she’s warm and welcoming and will always make time for you! 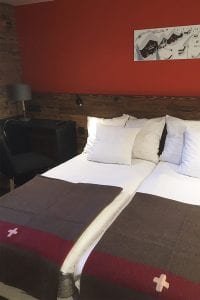 And if you get a chance to visit the hotel, we highly recommend that you do! Renovations are still underway, but from these sneak peaks it looks like it’s going to be cosy, warm and welcoming – Les Gets’ new hotspot for après and snowy getaways!