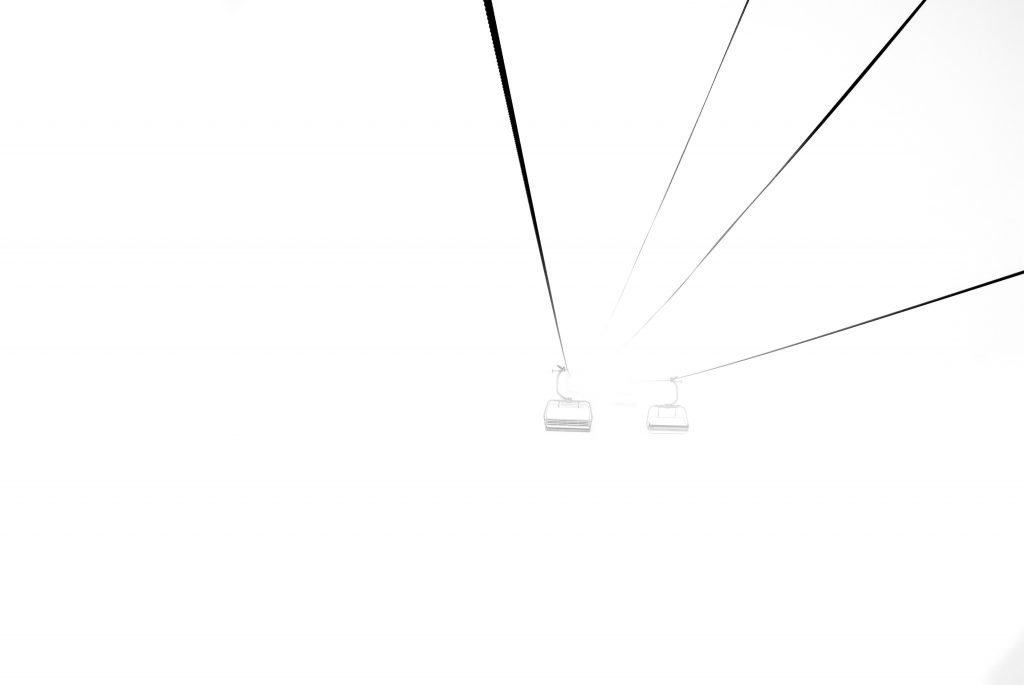 A special end to the season

This blog originally appeared on the excellent website of Les Gets lift operator SaGets at the beginning of April 2020. With their permission we’ve translated it and added some extra detail, giving you a unique insight into the urgent and unprecedented COVID-19 closures as they swept through our ski area.

“The hasty closure of the ski area on the morning of March 15 2020 due to the coronavirus health crisis will remain a defining episode in the life of our company SaGets, of the resort of Les Gets, and more broadly of all French people. We look back on this somewhat hectic end of season.

From the beginning of March, instructions were passed internally to our employees to widely adopt barrier gestures and in particular to avoid shaking hands or kissing each other following the threat of the Coronavirus.

On Thursday March 12, the first announcements were made by the President of the Republic of France for the closure of nurseries, schools and universities from the following Monday. Our first crisis meeting was organised on the morning of Friday March 13. The decision to close Les Fripouilles day care centre was obvious. Further discussions related to the impact of the situation on our employees, who must now stay at home to care for their children. We must adapt the operation of the ski area according to the new gaps in each sector and potentially close certain lifts. A request for partial activity (a reduction in the level of ski lift openings) is filed with the authorities in the process.

The successive closings of the ski areas of our Italian neighbours came first, and then the Swiss resorts on this same Friday afternoon, made us feel that we will not make it to the end of the season. The urgency is elsewhere and it is understandable.

We decide to reinforce health precautions, especially where the risks could be most felt for our employees and our visitors. For example, the decision was made to limit the number of people per cabin on the ski lifts.

We are starting to consider the scenario for an early and rapid closure of the ski area so we can best prepare and adjust to the potential consequences.

But the decision came with speed on Saturday March 14, shortly before 8p.m. The Prime Minister Edouard Philippe announced the closure of “places not essential to the life of the country” at midnight the same day.

The telephones light up between the Portes du Soleil station directors and the various elected officials. Without waiting for a government decree or a prefectural injunction, which will not come until late the next day, the decision is unanimous; there will be no reopening of the Les Gets ski area on Sunday morning. A communication is made in the evening, relayed to social networks and newsletters so that all of the station’s partners can anticipate, as much as possible, this unprecedented change.

Our teams and partners are invited on Sunday morning for an end of season briefing. After a reminder of the barrier gestures and the precautions we must all now take, an important storage session is carried out on the domain to remove as much equipment as possible. Part of the team is responsible for providing information to distraught but understanding tourists.

Sensing that containment measures are approaching rapidly, the priority is now that our seasonal workers and tousists can get home very quickly.

Les Gets, which is 75% full at the time of this crisis, will have to empty itself of all non-residents in just two days, which is something never seen before.

There was still one month of the winter season to go and the ski conditions were still very good, but the urgency was, and remains, clearly for everyone’s protection.

Now is the time to close the season, remotely.

There was a new operation for our SaGets permanent team who could work… teleworking. Whilst clearly not normal for our sector, this method of working had nevertheless been prepared over the past years with improvements in communications, software upgrades and the storage of working documents in the cloud. The days are dense with the reimbursements of many lift passes at the end of the season and the implementation of partial roles.

We must also consider that the preparation for our summer season is also in full swing with the arrival of a new activity (Lumina), the preparation of our classic activities such as golf, mountain biking, the swimming lake and Wibit, plus all the events in preparation. We all hope to be able to get out of this bad tunnel quickly, so that we can share a great summer together.”

“Our employees have shown incredible responsiveness and efficiency in these exceptional conditions. The goal was to quickly secure all of our teams and customers, which was done flawlessly” SaGets’ director of marketing Benjamin Mugnier told Morzine Source Magazine.

A special end to the season