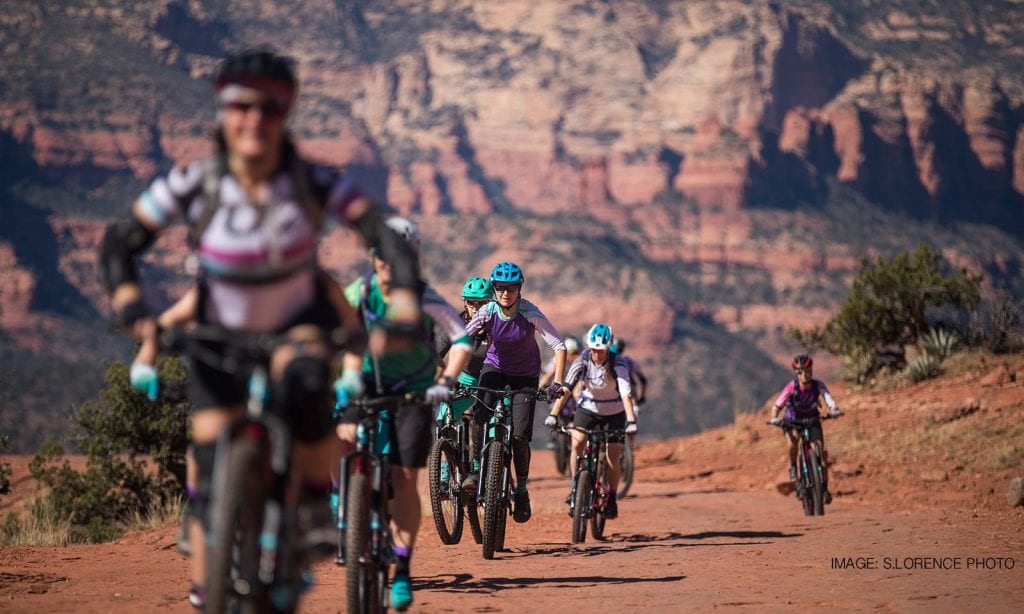 If you live in or around Morzine, you’re probably used to overtaking road cyclists (or being overtaken) on a daily basis from early spring to late autumn, and seeing hordes of mountain bikers around town throughout the summer months. Even in the UK, mountain biking and road cycling have been growing in popularity over the last few years as a great way to keep fit, get outdoors, commute to work and generally have a good time. After all, I think we can all agree, a nice ride to a country pub or the top of a mountain beats a hangover from the club every time.

Healthy lifestyles are fast becoming the norm nowadays, and while cycling has predominantly been seen as a man’s world, more and more women are saddling up and hitting the trails, cols and the commuter routes. Activities such as yoga and running already have a massive female following and host booming brand markets, yet biking is still largely male-dominated. As a result, the sport has been lagging behind in terms of women’s bikes and gear.

This is where Liv comes in. Launched in 2011, Liv is an all-women’s cycling brand which you may well have heard of if you’ve been on two wheels a while. Sister company to biking moguls Giant, Liv not only makes bikes, clothing and accessories for women, it also strives to create a community for female cyclists and a welcoming atmosphere in their stores. 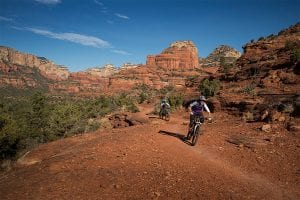 We wanted to find out more about Liv’s origins and what it’s like to work within an all-women company so we tracked down Liv’s global PR and communications manager is Isabel Del Castillo. “Bonnie Tu was and still is the head and heart of the Liv project” Isabel explained. “After some time in the cycling industry and her own cycling experience with the products that were available at that time, she realised that women didn’t have the same opportunities.”

Bonnie Tu, often hailed as the ‘godmother of women’s cycling’, is a founding investor, current CFO and Vice President of Giant, the massive Taiwanese cycling company she inherited from her uncle. It wasn’t until she wanted to participate in a cycling event herself, that she realised there was little or no choice when it came to clothing and gear. Bikes were being sold to women in an intimidating and impersonal manner, presenting a huge gap in the very market she worked in. “She decided that women should have the right to choose products made and designed for them specifically, and that is what she exactly did” Isabel told us. “She invented a brand that could solve this need.”

But why not make women’s gear under the already well-known Giant label? “We decided to have two separate brands because we believe women and men have different ways to look at products” Isabel explained. “Their purchasing habits are different, the way they consume content and what they are interested in is different, and they look for different messages and brand values as well. That’s why it makes sense for us to start talking to the female consumer with a different voice.” 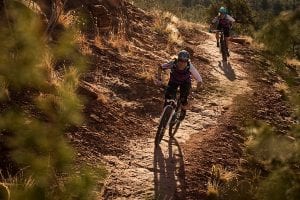 And it really works. According to Isabel, Liv now accounts for 25% of Giant’s major sales markets and achieved triple-digit growth in engagement this year. The steady buzz around the company has allowed the brand to gradually increase its product range and expand its team since 2011. Liv now boasts a large range of road and mountain bikes, as well as clothing, tools and safety gear, and is still growing.

Why does it work? Obviously being born from an already globally-successful bike company helps, but Liv also sets itself apart from other cycling companies in a number of ways. “Liv is a small team compared to Giant, but incredibly efficient!” Isabel told us.

Could this be because the Liv team is made up entirely of women?

“From engineers to product and category managers, graphic and industrial designers, marketers, demo drivers and top managers” Isabel explained. “Isn’t it amazing? Besides designing what we believe is the best option for female riders, we believe in creating opportunities and breaking barriers.” Not only a genius marketing device, all the women on the Liv team really believe in what they do, which results in an even better product. “We are lucky here at Liv to have so many talented and passionate women working together. Every woman that works here usually says something similar about her view on Liv. They feel it’s more than a just product. Liv is a cause, a mission to get more women on bikes and therefore empowered through their journey in life.”

All Liv bikes are designed and built from scratch, Isabel told us. “We don’t take a men’s bike and make minor changes to placate female consumers. At Liv, every step – from the concept to the bike to the accompanying gear is designed for women.” The end result is actually noticeable, not to mention beneficial, to female customers. “In most cases, the first time the customer jumps on a women’s-specific bike, they totally feel the difference and they normally end up purchasing one” Isabel explains. There is plenty of science to back it up, too; from rigorous product testing, customer reviewing and mapping out the differences between men’s and women’s bodies, Liv make bikes that are optimised for a woman’s size and strength pattern. One major example is that men generally derive strength from their shoulders, arms and torso, whereas women’s strength is rooted in their legs and lower bodies, therefore necessitating that women’s bike frames be designed with this in mind.

What really struck us from our conversation with Isabel is how Liv strives to create a welcoming community for women all over the world, whether they’re beginner or expert cyclists. From their friendly shop fronts to their massive online presence, it’s all about getting women into cycling, sharing their stories and talking to one another in a way we don’t always see in men’s cycling. “It’s safe to say that women are different than men in many ways. The physical differences are obvious, but there are mental differences as well” Isabel explained. “At Liv, we believe that designing products specifically for women is important, but making a space for them is equally as important, especially in a male-dominated world like cycling. We’ve made great strides in putting together campaigns and communities where women feel welcome to join in the fun, learn and grow their cycling ability. We’ve noticed all levels of athletes, from pros to first timers, engaging together in these campaigns and forums, teaching each other and just enjoying cycling together.”

If you’re female and looking to get into cycling, or if you’re a seasoned expert looking for some riding buddies and a way to share your experiences, look into Liv. The company has big plans for the future ranging from their new campaign, How We Liv, to a global ambassador program that allows women from all over the world to apply to represent Liv, regardless of age, body shape or ability. We can’t wait to watch it develop.

Since doing this interview with us, Isabel has moved on from Liv to start her own specialised PR and marketing company, The Outdoor Society.