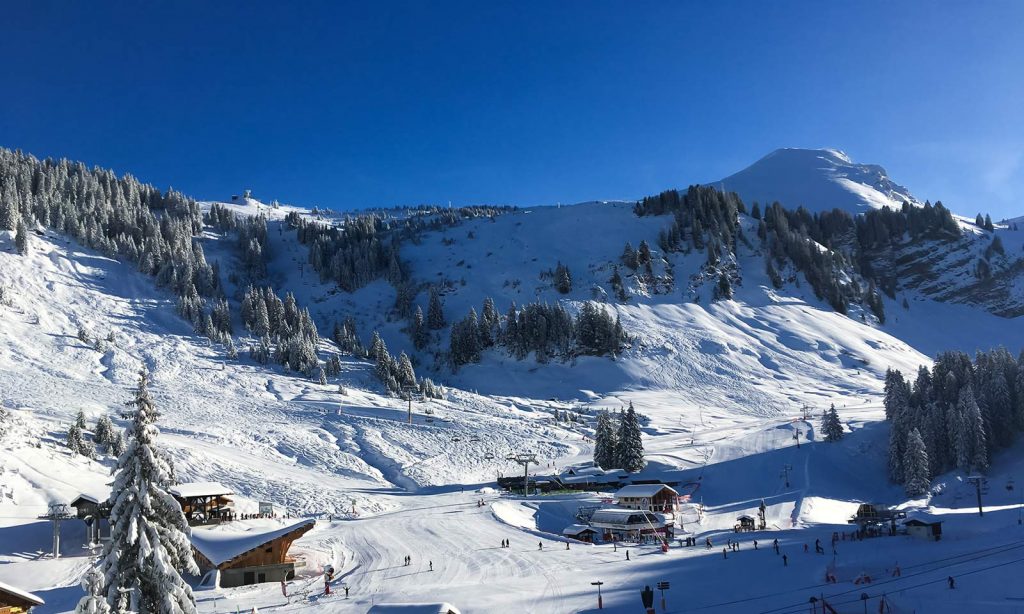 If you’re tired of the four-person Mossettes chairlift in Avoriaz constantly stopping, being really busy or getting closed due to bad weather, this is going to come as very good news! It’s been confirmed that two new ski lifts are being built in Avoriaz over the summer; a new chairlift to replace the old three-person Léchère lift that took skiers and snowboarders from the Lindarets bowl to the bottom of the Mossettes and Brocheaux chairlifts, as well as a new six-person chairlift that will create a much-needed new link to Champéry – Les Crosets on the Swiss side of les Portes du Soleil.

The new Léchère chairlift will be a speedy six-person affair that will take you from the Lindarets bowl to an area just off the Abricotine blue piste, around 600m further uphill than the previous Léchère top station. The bottom station will also be moved forward in the Lindarets bowl to allow skiers and snowboarders more room to wait.

Following on from Léchère will be another new ski lift, a brand new six-person chairlift called TSD6 Cases, that will transport skiers and snowboarders to the top of the Cases piste, a red run that can currently only be accessed via Mossettes.

TSD6 Léchère will be able to transport around 2600 people per hour, while TSD6 Cases will be able to take 2700 people per hour. And not only will the new Léchère ski lift provide access to more of Abricotine for beginner and intermediate skiers and snowboarders, the two new lifts will provide an improved link between Avoriaz and Champéry – Les Crosets. Currently, the easiest option is Mossettes, which involves around ten full minutes of sitting and is frequently subject to high winds, closure and queues. Another option is the Swiss Wall! While we don’t want to speculate on how long it’ll take to get to Les Crosets using the new lifts, we have heard they’ll travel at 5m per second, and will be a bit more sheltered from high winds.

As part of the new lift developments, a new blue piste will also be developed to reduce some of the traffic on Abricotine.

We spoke to Alain Blas, director of SERMA, who had the following to say about the €15million project: ‘It’s about first strengthening the link to Switzerland from Lindarets. Here at SERMA we continue to invest in and improve the ski domaine to make sure it stays attractive to a large clientele.’

So keep your eyes peeled for building work going on this summer in the Lindarets bowl – both the new Léchère and Cases ski lifts will be open in December 2019 ready to transport keen skiers and snowboarders from Avoriaz to the the rest of les Portes du Soleil.